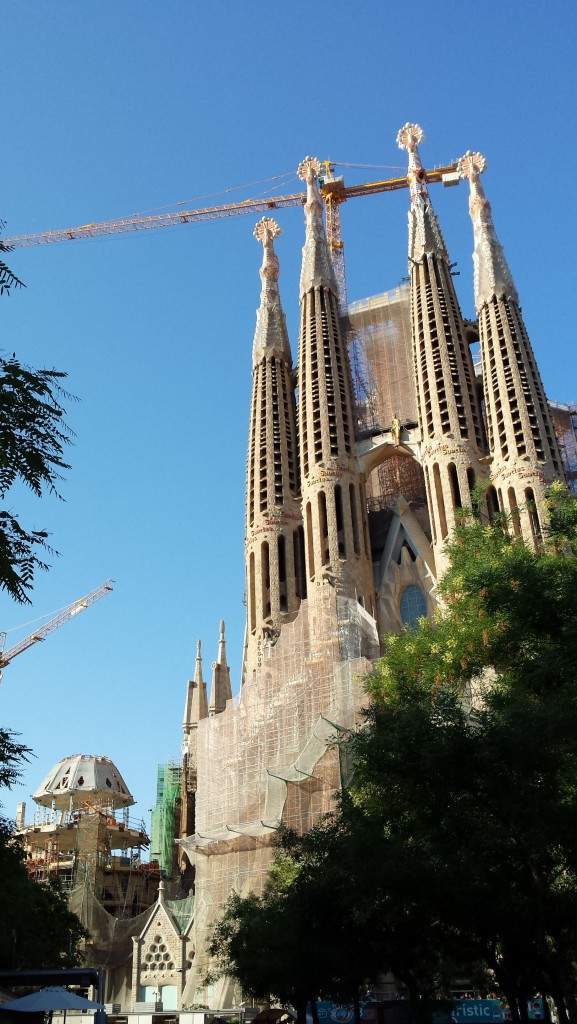 Arriving at the airport, waiting for the bikes. Long, very long. Which exit? They speak Spanish here. One of the languages I’m not familiar with, . Let’s scrap that last part, I never will (note to self: running out of time on this, what else do you want to start in your life?). So … bikes … where is the other one??

Well, it turns out, not on this plane! 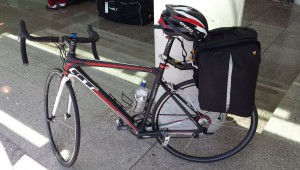 First bike arrived! Thanks to a friends suggestion I got a bargain deal with this beauty: 900 GBP for a bike worth 3100 GBP!

3 hours, or was it 4? waiting. Actually it did not feel that long. Not for me, at least. The anticipation of being on the bike for the next foreseeable days did not afflict my mood. For now …

Eventually, finally, it’s there! All good.

Getting rid of the large boxes is easier than thought, just left it with the staff.

Out into the heat, towards city center.

It is that I would never think about details in a location where I have never been before. So getting to the city is not that easy when you are on an airport. There are only big roads which guide you there. Usually by car or van, it is the motorways leading to an airport. Which means, when being on a bike, you most likely have to use the same way! And so we head to the city on the motorways, with some cars blowing the horns, as we really should not be here. That’s an item for next time! Check a better way into the city.

The panniers turn out to be quite heavy and possibly too heavy. That makes the bike tail very shaky, quite scary. Additionally I did not tighten the screws from the pannier properly, that added to it. It got better when that was done.

We could only leave the airport at 3.30pm and arrived at the hotel about 5pm.

Terribly my Polar watch (RC3 GPS) recordings from the first two rides are overwritten. That mad device overwrites them without warning. The first time I had a computer to sync the files, was at my house in France. At that time we already had 9 days of cycling.

As a newbie to Barcelona, the Sagrada Familia is a must see. I’ve read about it ages ago and now I was there, finally. But look at that view … It is full of scaffolding. Apparently for years already. Still, very impressive.

A long visit (for the rest of the evening) to Las Ramblas to get some food, that concludes the day.

Very nice rooms and good quality facilities, but go to the store next door for breakfast. The lady has fantastic bakery which suits me more than the buffet style breakfast in the hotel which costs extra.