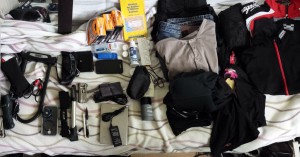 A Lot of Stuff – the pannier can carry 9kg, this all was just 7.5km. Still too much as it turns out. 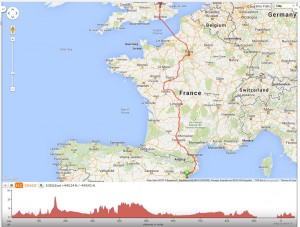 The first suggestion for the route with a detour to my house in France. Look at the middle part with lots of up and down, compare it to the second suggestion.

An estimated 935 miles which is 1504 kilometer. At first there was another route which would have been longer and some more height meter. 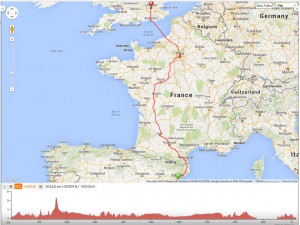 The second suggestion and final route. It is flatter at the first third and shorter. 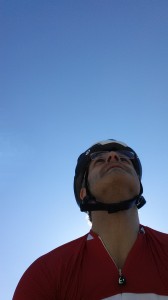 Whats going on in that head? 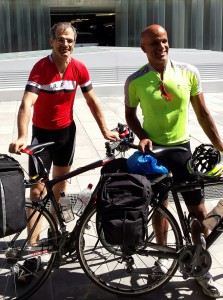 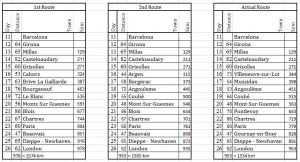 The first and second route compared. With 43 miles saved it is almost a day shorter.